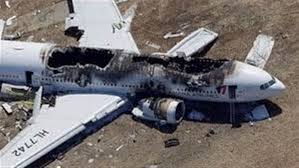 Metrojet Flight 9268 is a crash that occurred on Saturday, October 31, 2015, of a Russian airliner, Airbus A321, on its flight number (9268) on its way from the resort of Sharm El Sheikh to Saint Petersburg, Russia. On board were 224 passengers (217 passengers and 7 crew), all of whom were killed in the accident.[4] The plane crashed 100 km south of the Egyptian city of El Arish.
We prepared the dead bodies of Ukrainian, Russian and Belarusian nationalities.