The crash of Egypt Air Flight 804 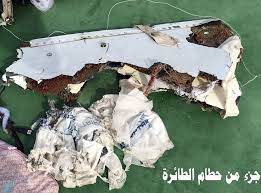 Egypt Air Flight 804 is a flight between Paris Charles de Gaulle Airport in France and Cairo Airport in Egypt. The company announced on May 19, 2016 that the flight had disappeared from the radar after entering Egyptian airspace 10 miles away with 66 passengers on board.[1] At 5:00 GMT, the crash was officially announced.
The deaths included many nationalities, as well as providing 13 cars and human support to prepare the bodies of the deceased as soon as possible and transfer them to their countries, and the operation took place within 7 days.

The crash of EgyptAir Flight 804
Egypt